Another special relationship
f4 and 1/640 second

This photo was taken with quite a large aperture, so light was coming in quite quickly. The 'bucket of light' filled, in fact, in 1/640th of a second, quite short enough to 'freeze' most actions or sports.

f40 and 4 seconds
​
So here I've 'stopped' down quite a lot to f40, cutting out a huge amount of light that's able to get through. So in order to get the bucket full of light I've had to increase the length of time the shutter stays open. In this case it is four seconds. You can see that the second hand on the watch has moved and left a blur, you can make out faintly the four dark lines where the second hand stopped during that time.
​You can also see that a lot more of the watch is in focus.

There can be a slight drawback to slower shutter speeds, and that's motion blur. This is where the camera is not held steadily enough while the shutter is open. For the photographs of the watch my camera was propped and braced gently on the table. For the night photograph of the passing cars the camera was resting on a wall. A sturdy tripod is recommended for most long exposure situations. 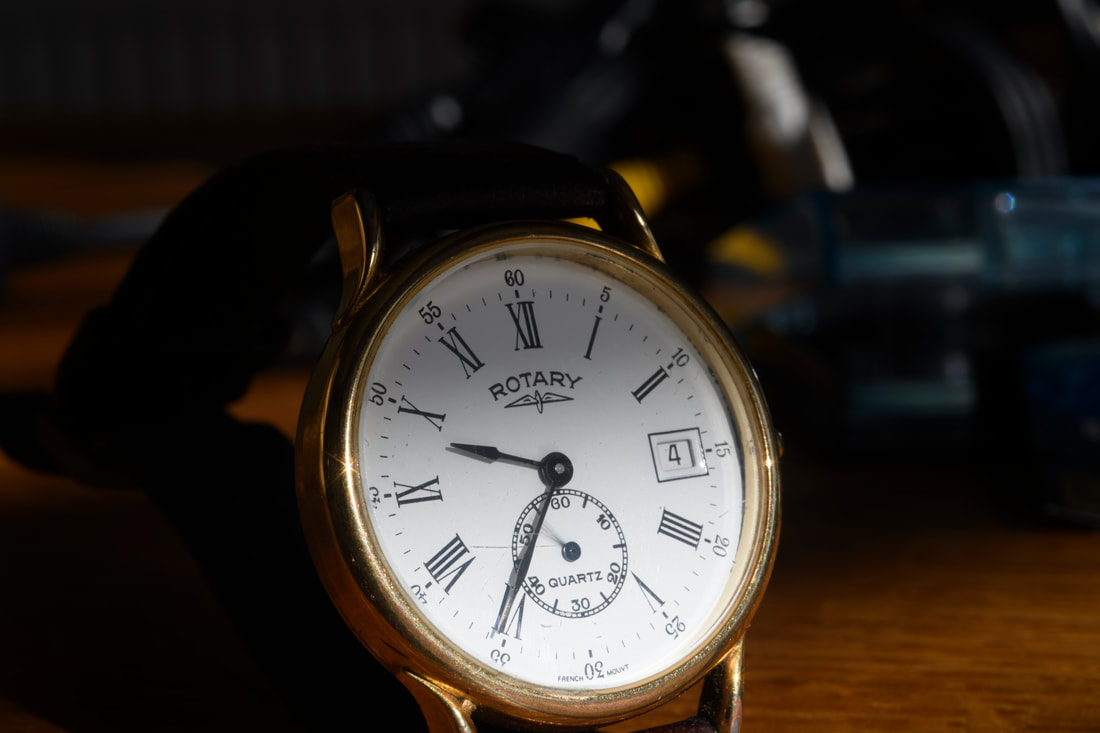 The camera was propped on a wall and  the shutter opened when I heard cars about to come round the corner. The 25 second exposure allows enough time for a few cars to pass and the smaller shutter lets the light in from the surrounds slowly so it doesn't over expose the photo. 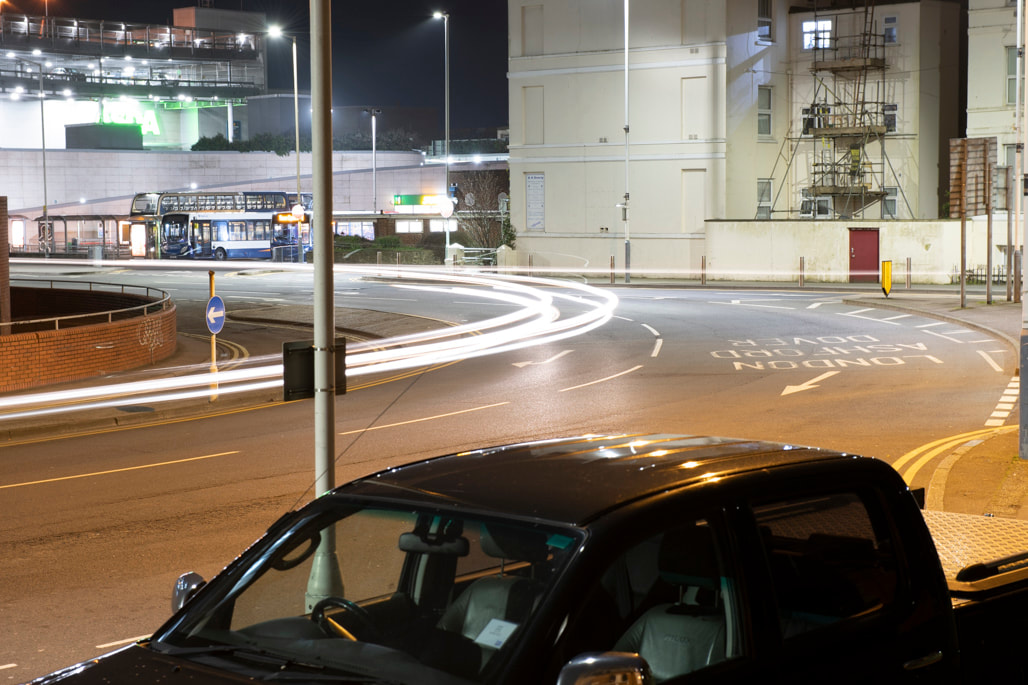